The school has a responsibility to measure and improve impacts related to its activity at a social, economic and environmental level working with all its stakeholders.

We have put this commitment on a formal footing, including with an inclusive diversity policy and by creating a network of stakeholders and resource people participating in the numerous activities designed to support our CSR commitments :

Initiated by KEDGE, this test has been deployed worldwide.

Available in eight languages, 27,000 students have already sat the Sulitest, which is used in more than 300 higher education establishments in 39 countries on all five continents. Widely recognised as an innovation in higher education, this initiative by KEDGE Business School, is supported by the United Nations Department for Economic and Social affairs, and by UNESCO and the United Nations environment programme.

Why is it important? Higher education graduates go on to take decisions which will have an impact on the environment. To ensure that they are fully equipped to take account of such factors in their future jobs, the “sustainability literacy test” gives them access to certification from 2015 onwards. Today, the Sulitest enables higher education establishments to assess their students’ knowledge to help them make better progress.

What is the "Sustainability literacy test"? The “sustainability literacy test” is a multiple-choice questionnaire with 50 questions to measure students’ knowledge of sustainable development and individual and collective responsibility. The test has been designed to be used at all levels, regardless of the type of studies being undertaken. The Sulitest is online and free of charge for any student enrolled in a higher education establishment. To ensure its relevance worldwide, 2/3 of the questions are common to all contexts while 1/3 are adapted to the local context.

Incidentally, the United Nations conference on sustainable development held in Rio in June 2012, otherwise known as the “Earth Summit”, resulted in the higher education sector emerging as the largest contributor of voluntary commitments. The HESI initiative (Higher Education Sustainability) put forward by KEDGE BS was the catalyst for numerous international projects such as the Sulitest.

​How do you take the test? To take this test, you’ll need to create an account using your exam code sent by your school. To take the test, or for any further information you may require, click HERE

It’s been possible to obtain Bilan Carbone (carbon footprint) certification from KEDGE since the signature in 2014 of a partnership agreement with the ADEME and the Institut de Formation Carbone.

KEDGE proposes Bilan Carbone® certification for its students. Upon completion of the certificate, students are able to transfer their Bilan Carbone® to their company and have the scientific skills required in order to put forward and implement sustainable decisions.

As part of a course run by Anicia Jaegler, Supply Chain Management teacher at KEDGE, students study a complete Supply Chain corresponding to the Bilan Carbone ® perimeter and are required to propose the necessary actions to obtain a more sustainable Supply Chain. For the environmental part, they focus on CO2 emissions (single criterion) which also use the related economic tools: dependency on fossil fuels and fluctuations in their prices, carbon taxes, etc.

The carbon footprint of a product, an individual, a company or a local authority is the tool used to calculate greenhouse gas emissions and makes it possible to examine the vulnerability of an economic activity and particularly its dependency on fossil fuels.

With SIMONU, KEDGE BS allows you to become a diplomat

Since 2006, KEDGE’s Marseille campus has organised simulations of the United Nations with the students, in partnership with the UNRIC (United Nations Regional Information Centre).

Since then, each year this event attracts almost 250 students over two days from the whole of France on the KEDGE BS sites in Marseille and Bordeaux.

The simulations organised by the SimONU Association are directly inspired by the international model organised each year at UN headquarters: the National Model of United Nations-NMUN-, in which the SimONU has participated for almost a decade now.

During the simulations, each delegation assumes the role of diplomats, representing a country and defining a strategy to deal with an international problem. The Kedgers give speeches at the rostrum and negotiate with their counterparts.

The aim is to protect the interests of the country represented while at the same time seeking to achieve consensus to have a draft resolution adopted by a majority vote, in compliance with UN protocol. It helps people give thought to commitments and to become aware of everyone’s responsibilities when faced with the challenges of tomorrow.

A human and professional experience

The simulations make it possible to adopt a healthy degree of perspective as opposed to our France-centric approach, requiring a genuine effort and an iron will.  Contact with the world’s best schools and universities helps participants to improve in terms of both maturity and humility.

These meetings also provide a useful professional springboard: team management, strategy, negotiation, defending your interests in English, managing stress and fatigue are all skills and qualities which the participants acquire throughout these simulations.

Each year, the SimONU team flies the flag for KEDGE Business School by earning distinctions during the different major international simulations.

This year in New York, after five days of negotiations and from among 5,000 participants, the SimONU team which represented Botswana earned an “Ostending Delegation Award”, which is the highest accolade issued following the simulation and is only distributed to 10 countries out of the 193 represented. They also scooped 4 “Outstanding Position Paper Awards” which bear witness to the Kedgers’ excellent preparatory work.

The association also participates in other international simulations:

KEDGE has created and implemented a prevention system for students on its three main national campuses: Bordeaux, Marseille and Toulon.

A support unit comprised of volunteer staff and psychologists is available to students who feel they need this: whether you’re feeling down, depressed, in a crisis situation or isolated, any kind of difficulties can be discussed with the team, whether this is a harmless, one-off problem or a chronic or more serious difficulty.

At the same time, activities to prevent health problems and promote wellness are proposed throughout the academic year.

As a Grande École, the scheme has a double objective: to prevent risks and to develop individual, academic and professional performance.

Wellness is above all a philosophy of living. The concept means 'a personal feeling of well-being', and is therefore a global state of health.

It covers the important things in life, but also daily trivialities that often make life exciting, and prevent it from becoming gloomy... Wellness is the importance of feeling comfortable in your skin and the idea that happiness is different for everyone.

It was because of this conception of well-being that the School chose to name its student support scheme: Wellness.

Who can I talk to?

At KEDGE,15 volunteer staff are on hand to listen to students and to help them in as far as possible. By e-mailing the Wellness Team you can also arrange an appointment with the psychologists who deal with the Schools’ students.

So if one day you really feel down, are experiencing difficulties or if you feel depressed, a solution is at hand: contact the Wellness Team.

They will listen to you and help you as much as they can, in total confidentiality.

90% of the school’s CO2 emissions are derived from transport: it’s time to act!

Reducing the carbon footprint at KEDGE is a major challenge on the Marseille campus. Located within the Calanques national park, the campus is helping to protect its environment through the introduction of sustainable mobility.

Ready to share a bike? 10 electrically assisted bicycles are made available free of charge to KEDGE BS students and staff on the Marseille campus.

The Campus Durable student association provides information and introduces people to the use of electric bikes. To borrow one, all you need to do is register with the association and use the online reservation software to book your bike. You can even use them on the weekend.

It’s a bicycle equipped with an auxiliary electric motor and a rechargeable battery. Unlike mopeds and electric scooters, the battery on electrically assisted bicycles only sends energy to the motor to amplify the pedalling movement. It therefore provides discrete and limited assistance without detracting from the primary aspect of the bicycle, its handling ability. Above 25 km/h, there is no electrical assistance

KEDGE was a trial site for the launch of the TWIZY vehicles proposed by the company Totem and provides an opportunity to “mobilise” for sustainable development on the Marseille campus.

TOTEM makes it possible to rent an electric car, for just yourself or for two of you, for the academic year.

The success encountered by the Twizzy cars at KEDGE made it possible for Totem to deploy its vehicles on other sites in Marseille.

At Marseille and Bordeaux, two student associations are also seeking to raise awareness of disability among students and future managers, and to support any students suffering from disabilities who requires this:

Hand in Hand - Marseille campus, is involved in two areas of action: Awareness-building and coaching

Organisation of meals in the dark, disability awareness days, production of a report on disability in the world of work: companies which recruit, training, support for disabled KEDGE BS students in handling daily tasks and organising their work.

Disa’ball - Bordeaux campus, organises 2 major events providing an opportunity to share a moment of fun and togetherness through a sporting activity:

Another sporting event brings together able-bodied runners and people with motor disabilities to run alone or in pairs.

Details of the support and follow-up solutions proposed by KEDGE BS, and of all contacts and useful information are available in the HandiKAP Guide 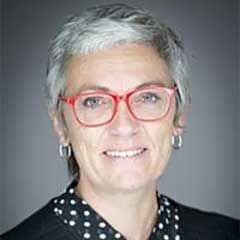 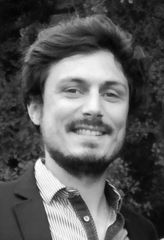 Publication of the "Climate: no news is good news" study conducted by the KEDGE/CANDRIAM Chair

France looks ahead to the end of COVID-19 restrictions