KEDGE Business School in Dakar welcomes students since 2008. The campus is ideally located within the dynamic district of Sacré Cœur III. Dakar runs two higher education programmes, the KEDGE Bachelor course and a Master in Management, along with executive education programmes. 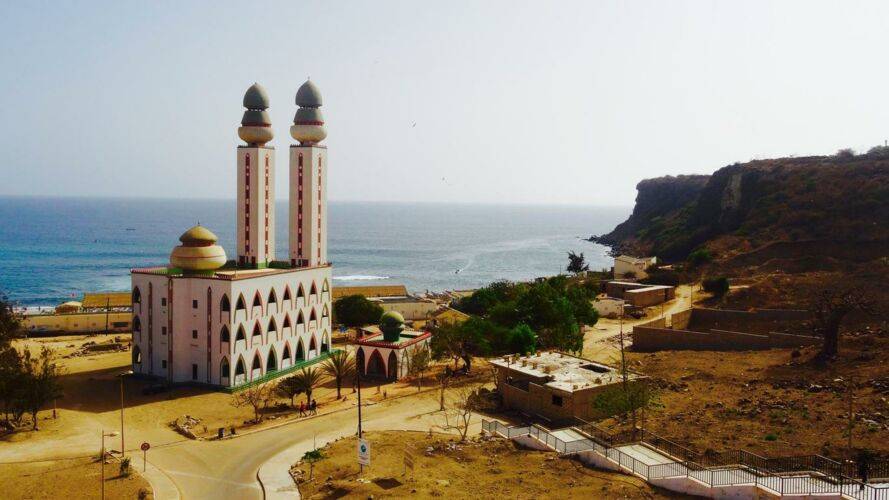 In 2008, KEDGE took a new step in its international development by relocating some courses to Dakar in Senegal. It became the only French Grande Ecole de management to relocate to sub-Saharan Africa.

This project is the culmination of a long-standing collaboration between the management school of Bordeaux and the one in Dakar.

The opening of a campus in Dakar marks a strong conviction by KEDGE that the capital city as much as Senegal have very strong development potential.

Situated in the Sacré Cœur III area, 15 minutes from Dakar's city centre, the site benefits from a dynamic environment in a thriving and very student-oriented district.

The building is a new construction built in 2008, designed to accommodate the activity of a higher education establishment in accordance with international standards.

With its 1300 students (graduates and undergraduates), 41 management programmes, 29 nationalities and 215 professors, the school benefits from:

For more information on the university, the programmes, the faculty, the academic year or to apply for a course, please visit the school website. An English version is available https://www.bem.sn/index.php

The KEDGE Bachelor deployed at BEM Dakar is the only Bac+3 Management diploma offered in sub-Saharan Africa by a French Grande Ecole (KEDGE Business School) and endorsed by the French Ministry of Higher Education.

Professional training par excellence, it prepares operational managers in tune with the reality of companies. The KEDGE Bachelor totals 180 credits spread over 6 semesters. Semesters 1, 2 and 5 take place at BEM Dakar. Semester 3 can be done in Dakar, Bordeaux or Marseille. Semester 4 is either an English-speaking academic semester that takes place at KEDGE, or an English-speaking internship or an academic semester at one of KEDGE's partner universities. The training ends with a 20-week internship in semester 6.

How to get to BEM campus in Dakar?

How to get to the city centre from the airport?

- By  shuttles and buses: the Dakar Dem Dikk bus line 8 takes travelers from the airport to downtown Dakar with various stops including Yoff, Patte d'Oie, Grand Yoff or Cheikh Anta Diop University. Depending on the trip, the cost varies from 150 to 175FCFA (0.23 to 0.27€)

- By taxi: the travel time is around an hour and the fare is around $25USD. They are recognisable by their yellow colour.They di not have a taximeter and any ride must be negotiated with the driver before entering the vehicle.

- By VIP service: those services are available on request.

Dakar Railway Station is located in the city centre, next to the harbour.

Another railway links Saint-Louis, in the North of the country, to Dakar.

As of December 2021, a regional express train now travels between Diamniadio and Dakar train stations in less than 45 minutes – going through a dozen other stations on the way, and an extension to connect the railway to the Blaise Diagne International Airport is in project.

Roads / buses: Senegalese road system is rather extensive. Dakar is the endpoint of three international highways of the Trans-African network: the Cairo-Dakar highway, the Dakar-Ndjamena highway (crosses the Sahel) and the Dakar-Lagos highway.

Senegal also has seven national roads linking Dakar to the main cities and the neighbouring countries. It is thus relatively easy to access Dakar by car, and several bus lines connect the city with other major African cities.

Within the country, mini-buses called cars rapides ensure transportation between cities. However, traffic in Dakar is very heavy and often considered a little hectic, so one should take that into account when considering coming and/or moving around by car.

Lastly, there is a regular ferry service between Ziguinchor, in the South of Senegal, and Dakar.

Dakar city, capital of Senegal, and one of the chief seaports on the western African coast. It is located midway between the mouths of the Gambia and Senegal rivers on the southeastern side of the Cape Verde Peninsula, close to Africa's most westerly point.
The capital is a vibrant city famous for its lively markets and rich music culture. Dakar is the region's economic centre. The Republic of Senegal is the second largest economy in French-speaking language in West Africa.

Most of the country's industries are centered in Dakar, including peanut-oil production, fish canning, flour milling, brewing, truck assembly, and petroleum refining.

A few reasons to come and visit:
- Beautiful beaches: with over 500 kms of dazzling Atlantic coastline, Senegal has plenty of opportunities for uninterrupted sun lounging within easy distance of the capital.
- Tranquility:  just south of the Petite Cote, a journey into Sine Saloum's labyrinth of mangrove creeks and lost-in-time fishing villages offers a stress-banishing taste of the simple life.
- Easy-to-reach islands: just a 20-minute ferry ride from Dakar, the quiet picturesque streets of Ile de Gorée hide its horrific past - it was the last glimpse of Africa for thousands forced from the region as slaves.
- Warm hospitality: a deep source of pride for its people and a treat for visitors, Senegal's 'teranga', or hospitality, is part of its identity.
- A colonial capital: dripping in history and charm, Saint-Louis was the colonial capital of the whole French West Africa until Dakar usurped it in 1902, largely thanks to its superior port and growing peanut trade.
- Amazing sound: whether it's the rattling rhythms of mbalax, gentle kora or deep djembe, there's live music to   be found every night in and beyond Senegal's capital.
- Fish, fish and fish: Senegal is a treat for seafood lovers - fish is the country's staple and most menus are peppered with oysters, prawns and squid.

Life in Dakar as an international student

Places to visit and top tips for students

Dakar is a fascinating city for dancing, bargain-hunting and authentic culture.
In the relaxed neighbourhood of Mamelles, La Calebasse is a good spot to sample traditional African cuisine on an elegant covered rooftop.
For a buzzier (and smokier) vibe, Le Viking hosts a nightly live band that plays a mix of local "mbalax" dance music, Western rock and reggae.
Shoppers at the HLM market can find technicolor prints from $1.50 a meter, and tailored outfits are sewn up in hours.

Sightseeing- Senegal is a destination with great sites to visit. Students take some time out with friends and colleagues to enjoy the great Senegalese outdoors.

Theatre- there are a couple of theatres located in Senegal where students can enjoy local productions and traditional Senegalese events.

Camping- Camping is a group activity that can assist students to mingle with others and they can teach each other new things in terms of culture and customs or general things.

Clubbing/ late movies- when talking about student life, then a great nightlife cannot be ignored. There is an array of nightclubs and cinemas where students can spend their weekends and wind off school stress and pressures. It is a great way to meet people and get to know the place.

Social Clubs- this is the most common way to fit into society and adjust well. Social clubs provide a great platform to learn new things and to get to teach as well.

Sporting clubs-student join sports clubs to keep fit and at the same time make new friends. Sports are a way for them to connect to a whole new world in a foreign land. It is an opportunity to showcase their talent.

Living in Dakar as a student

As Senegal's thriving capital city, Dakar is one of the most developed places to live in the country, offering many of the amenities that you might come to expect back home. It is also of the most expensive places to live and, in certain districts, incredibly crowded with many people vying for accommodation and subsequently pushing the rents up.
If you are looking for student accommodation in Senegal, you can opt for the housing units provided by some public and private universities and other educational institutions.