How about getting a business education in one of the top travel destinations in France? Melancholy mists of the Seine River, fashionable Champs-Élysées, wide tree-lined avenues, nightlight charm of the Louvre Museum, and romantic moments next to the Eiffel Tower … You are right, we are talking about Paris, the perfect place for your business studies in France!

KEDGE Paris is located in the heart of the French capital in the exceptional Lumière Building, one of Paris' largest business centres and ecosystems.

LEARN MORE ABOUT YOUR LIFE ON CAMPUS

Where to stay in Paris?

Paris is the capital and most populous city of France. Each of its 20 different arrondissements offers its unique ambiance and way of life. It may be challenging for international students to find housing and decide on a location. That is why we have created a list to help you find the area best suited to your needs.

Paris is the most expensive student city in France so the rent budget is rather high. For a 20 m² studio in the city, you will need to plan an average budget of €823 per calendare month (bills included). However, the cost of renting a room or studio in Paris or the surrounding area varies depending on the location and type of accommodation. The more you extend your housing search outside of Paris, the lower the rent becomes. For instance, the average student budget in Île-de-France is around €750 per calendar month. Students living in the inner suburbs of the capital have an average budget of €700 per month. These budgets can be  reduced to €600-650 per month in the outer suburbs.

International students in need of more space can choose to share a flat and divide the costs. It is a rather popular option in the capital and not only interesting price wise but to mingle with other students.

Paris is one of the favourite cities for French and international students. They frequently choose it as a destination for their business studies abroad. For international students, the French capital offers such a vibrant student life that even the world's major megacities cannot compete. It is Europe's largest university town and is regarded as one of the most pleasant locations to study.

There are many advantages of studying in the French City of Lights. The food is world-class, the entertainment options can impress anybody with their variety, the works of art are invaluable, and the city itself is marvellous. Besides, Paris has outstanding research and development opportunities, as the majority of its young population consists of successful entrepreneurs and innovators. It is the #1 student city according to QS Best Student Cities (2012/2013). There is also a considerable number of academic institutions, schools, and universities that offer a high-standard education. It has all the services and facilities students need to get the best studying experience.

HOW TO FIND ACCOMMODATION IN PARIS?

If you arrive from abroad for your business or management studies and have never visited Paris or do not speak a word of the French language, we are here to help you find your way to our KEDGE Business School campus.

How to get to Paris KEDGE Business School?

If you arrive at Charles de Gaulle (CDG) airport, you can get to the city centre by:

If you arrive at Orly Airport, you can take:

The main railway stations in Paris are:

How to get to the KEDGE Paris campus?

Our KEDGE team will be available to help you upon your arrival, during the mandatory orientation session for incoming students, and throughout your stay in France. We will be able to provide support and information on:

Do not hesitate to contact us by e-mail for more information:

Paris is a rapidly growing French megalopolis and an exciting place to study. In the l’Etudiant’s study on culture, it receives the perfect score of 10/10. Paris is home to some of Europe's most significant and well-known museums. Visiting museums, historical sites, and monuments as an international student enhances the study experience and helps you learn the language. The French capital is also on top in the list of the greatest places to study. The town hall of Paris has been particularly supportive of the city's enormous student population. It frequently offers assistance and funds to student associations.

Paris is a marvellous city, with a vibrant atmosphere, rich culture and history, and splendid views. When most people think of Paris, they imagine fine dining, extravagant shopping, and breathtaking art. While the French capital is well-known for all these things, you can experience the Parisian lifestyle on a tight budget as well.

Take a look at some new places to see and visit:

Paris' youth life has always been vibrant and restless due to numerous courses, universities, and schools. Perhaps nowhere is the dizzying variety of Paris' locations, subcultures, and moods more apparent than on a night out. At Place Vendôme, you can start your evening with showy cocktail-sipping. Do not forget to enjoy a blanche on one of the favourite Marais terraces. You might even feel as though you have changed countries if you finish up with a steamy bowl of Vietnamese Pho and a glass of house red at a bohemian restaurant in urban Belleville.

Discover the other party venues:

The most popular student neighbourhoods for partying:

We look forward to welcoming you to Paris! 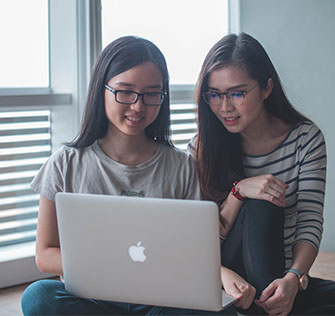 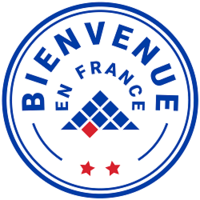 Shanghai Ranking 2022: KEDGE climbs up 24 places for its research in Business Administration

MSc in Corporate Finance: who are the winners of the HOLT Valuation Challenge?