Your brochure is ready to be sent!

Presentation of the International BBA 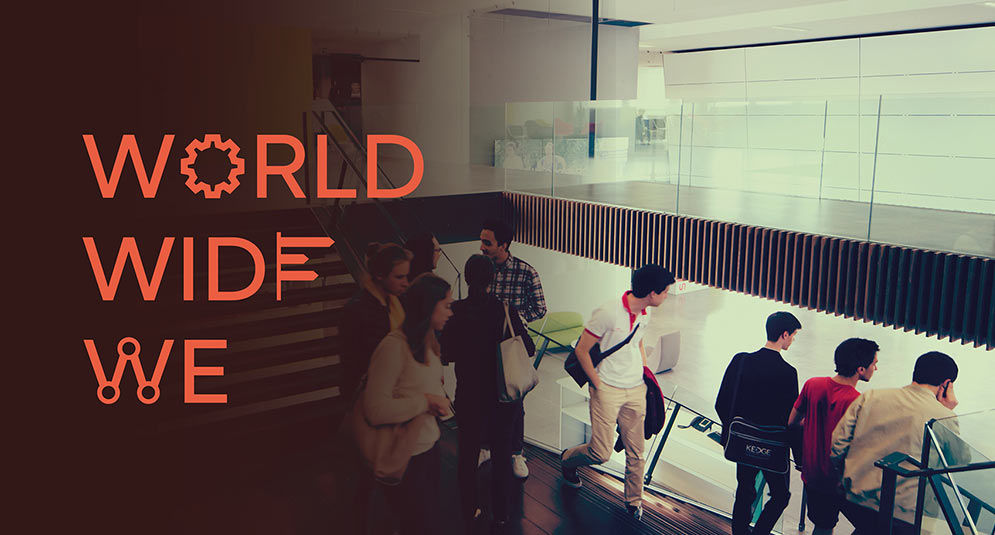 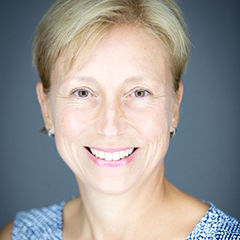 Its 120 excellent academic partners and various tracks will provide you with valuable insights of international managerial challenges.

You will develop a strong CV that will attract international recruiters, and meet the growing need for international candidates in the business world. 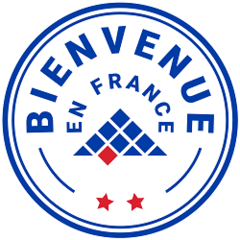 Mastery of an international, multicultural environment

Mastery of one or two foreign languages

Including academic exchanges and internships, a minimum of 2 years must be spent abroad, in 1, 2, 3 or 4 different countries.

Fundamentals of Management in international environments 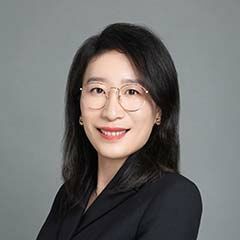 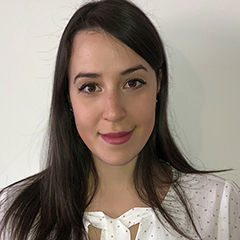 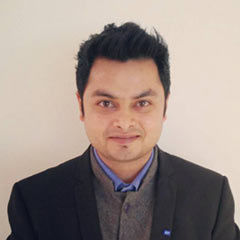 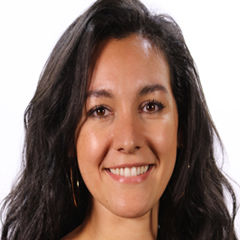 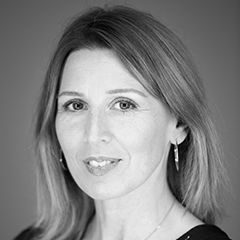 She did not hesitate for long. Only a month into her four-year long course,Soriana decided to go for a dual degree,amongst the many options available. At the end of her second year, she left the Marseille campus for San Diego University,in California. “I spent three amazing semesters there. I was taking the same courses as American students,was living with them... In nearly two years abroad,you really have the time to soak up the local culture”,says Soriana. A year into her exchange,the 23 year-old started to plan ahead and applied for graduation internship positions. The move paid off and Soriana was able to spend her fourth semester at Airbus UK Helicopter, in Oxford,starting in January 2015. “I was working in events marketing, helping with organising airshows.”So,was the dual degree approach worth it? “Yes,I think it was. I did not necessarily realise it at first but during my internship people were often remarking on it when introducing me.” Having graduating in May 2015, Soriana then opted for a gap year. “I wanted to take a break and take the time to think about what I really wanted to do for my Master”,she says. Living in Australia since August 2015, this kayaking fanatic plans her road trip according to the best spots. She works hard between two kayaking trips,however: “I spent three months in Darwin working on a mango plantation,then a few weeks as a waitress in Brisbane,and I currently work as an au pair in Melbourne.” She is never short of plans and projects, that’s for sure! Soriana wants to work as a project manager in the aviation industry. Looks like she is off to a great start! 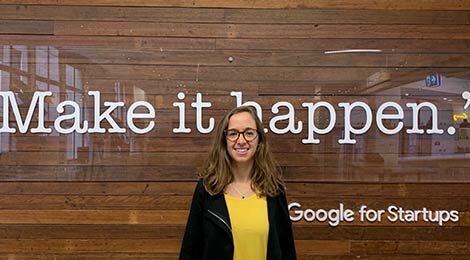 "I choosed KEDGE IBBA programme. I started my journey by doing a year and a half at school. I then did an internship in event management in Monaco for 6 months. After that, I went to university in Mexico for a year and a half. For my fourth year, I was taken for an internship in Australia. After these 6 months of internship, I wished to finish my studies in Australia by doing my M2 in Sydney. Hence, my career path within the school has given me a great international outlook. The Kedge community is very important too. During my various experiences abroad, I have been able to meet many Kedgers on the spot and this has allowed me to create many relationships, both on a personal and professional level." 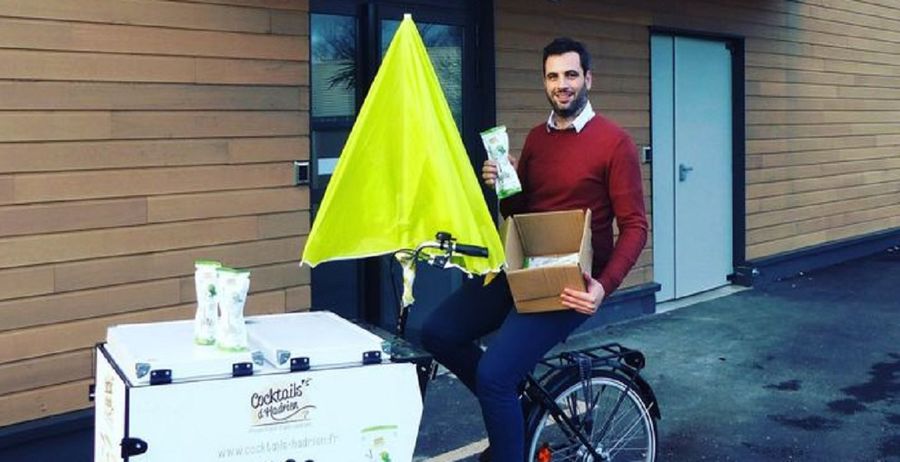 The first skill developed at KEDGE: Negotiation! Then the international side of my programme, which allowed me to open up to the world and develop adaptability skills Durieux Hadrien FOUNDER Cocktail d'Hadrien - Class 2014

Graduating from the IBBA programme in 2014, I took advantage of my schooling to multiply my experiences abroad: Dubai, Shanghai, Istanbul, Denmark, South Africa. Over 48 months at KEDGE, I only stayed on the Marseille Campus for 18 months. I did both internships and academic exchanges. I was able to discover incredible cultures and completely different ways of seeing the world.

After my end-of-study internship in Cape Town, South Africa, for a large French agro-food group, I decided to stay with the company and continue to develop our presence in the Sub-Saharan region and in East Africa. After 3 years in the company, I wanted to come back to France to create my own company. And to hide nothing, the return is not easy at all! It is precisely in South Africa that the idea of Hadrien's Cocktails germinated. Indeed, during a festival in the middle of summer, under 40°C, I go to the nearest bar for a fresh Mojito. The waiter tells me that he doesn't make cocktails because it's too long and his waiters are not trained. The idea then germinates to have a preparation already fresh with crushed ice inside, and especially with real mint flakes, and for that, you need a frozen preparation. I then start making Mojitos in ice cube trays in my kitchen to see how it behaves. And 18 months later, I brought out the first range of Hadrian's Cocktails: Cocktails with real fruit, without colouring or preservatives, and with that specific granite texture that allows the product to be consumed immediately. After the launch in 2017, we went from 40 supermarkets to 450 in 2019, we work with 80% of the classic brands. And this year, we are launching 2 new ranges for children, including a real mass market product, healthy popsicle sticks that provide 3 of the 5 portions of fruit recommended for children. Our ambition: to become the "Pom'potes" of popsicle sticks. We had also developed many partnerships with festivals (the idea came from a festival after all!), but the economic situation cancelled all our projects. We also had to deliver the amusement parks. Here again, status quo. Finally, to counter our seasonality, we are launching a range of salty culinary aids to have an activity during the winter periods. The first skill developed at KEDGE: Negotiation! Then the international side of my program, which allowed me to open up to the world and develop adaptability skills. Finally the pro-activity: always do more than requested. Indeed the Pro-Act program is really perfect to develop this ability. I myself remember having done two pro-acts when only one was necessary for the diploma requirement. 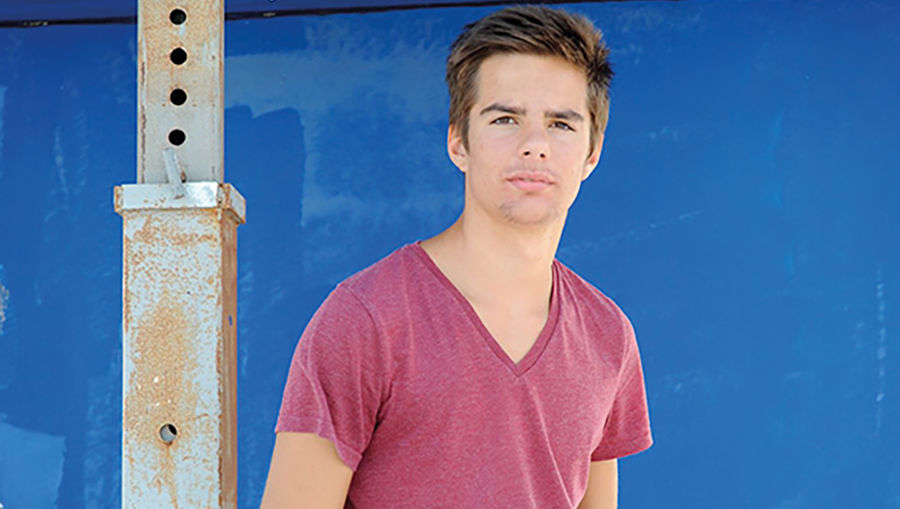 What I appreciated was the Pro Act and the associations, which are an important part of the school LECCIA Maxime Regional Key Account Manager Saint-Gobain Aerospace - Class 2012

I've only wanted to go abroad. I chosed to go to a business school and to have a double degree with a faraway country, a very different language and culture. I joined the IBBA program in Marseille, which gave me the opportunity to go either to India or China, and I chose China. I spent two years in Marseille and then two years in Shanghai in China.

Basically, I have a rather financial profile. I did my end-of-study internship in Finance in Shanghai in a German group ZEISS specialized in optics. I was then offered to go to Germany for a year, where I did a graduate programme. I did two 6-month assignments, the first one in cash management and the second one in financial control.

I didn't want to work in finance, in a big group based in Germany, I wasn't interested, even if I had the opportunity to stay. I looked for what I wanted to do, and what I was interested in was aeronautics, airplanes. I was always interested in that, I took flying lessons and so on. So I told myself that my dream was to join Airbus. So I did a master's degree at ESCP-Europe Paris, in partnership with Airbus, I spent a month with them to be trained in aeronautical project management. We worked on case studies with people who worked at Airbus, it was a diploma programme for them and a specialisation for us. After that, I wanted to do an internship with them. I found an internship at STELIA Aerospace, the Airbus subsidiary that manufactures aircraft seats for airlines. The name is different because we equip both Airbus and Boeing. For 6 months, I assisted the Asia team, which is based in Bangkok, from France, on tenders from different airlines.

Then I got a VIE in Bangkok to take care of business development in order to sell seats in the Asia-Pacific zone, from India through South Korea to Fiji, New Zealand, the Maldives, etc. I was able to work with the Asian team for 6 months. For all this extremely large area, we are 3 people based in Bangkok to manage the airlines. This mainly involves business development, project management, responses to calls for tenders, a lot of prospecting, customer management with airlines such as Thai Airways, Asiana Airlines, Singapore Airlines which are our biggest customers. We also have to liaise with our team in France to be able to offer them additional services and maintenance. It's quite global, it's selling seats but also after-sales service. During two years in China, I really had an appetite for Chinese, Asia, learning Asian culture and languages, especially Chinese. After these episodes in France and Germany, I wanted to go back. I chose Bangkok for the Asian side, to work with Chinese companies. A large part of my time I travel to visit these companies, in China, Singapore, Indonesia who have Chinese interlocutors or people of Chinese origin with whom I speak a little Chinese. When you tell them that you have studied in China, that you can have a little conversation, it helps the relationship a lot, especially as a Sales person.

I started to learn Thai but I don't work much with Thailand, so I haven't made too much progress. In Thailand, people speak English well enough but in China, nobody speaks English, they only speak Chinese, as you could see during your tour in Asia. First of all KEDGE allowed me to live in China for two years, which is not given to everyone. It gave me a huge opening of mind to the world. To work in a group with different nationalities when I was in Marseille. KEDGE allows a real opening on the world through the course.

What I appreciated was the Pro Act and the associations, which are an important part of the school. I was COBFI's partnership manager in 2011. I was 19 years old and I had to look for sponsors. You have to put yourself in the shoes of a professional, you get slapped in the face. To train for a future job as a salesman was very good.