KEDGE Business School is pleased to announce the arrival of Pascal Vidal, who took up his role as programmes director on 1 September 2017.

Mr Vidal will oversee the school's undergraduate and postgraduate programmes. He holds a doctorate in management science (information systems) from Aix-Marseille III University, and has over 15 years' experience in the academic world.

« Pascal Vidal has extensive international experience in higher education, says José MILANO, Director General of KEDGE. He'll help our school overcome the challenges it faces, the biggest of which are digital technology and internationalisation »

Mr Vidal was formerly director of undergraduate and postgraduate programmes at Skema Business School, before serving as dean of faculty at Ceram Business School from 2005 to 2008. He then went on to become associate dean for international development at SKEMA from 2008 to 2010, and played an important role in helping the school expand into China, then the United States. He was named dean of the school's US campus when it first opened in Raleigh, North Carolina. 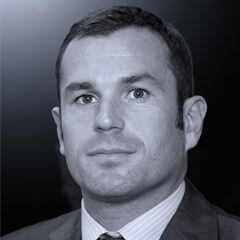