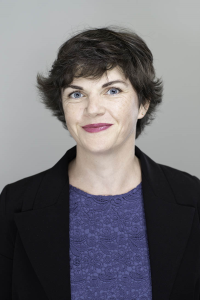 In 2020, Europe launched the race to zero carbon. The «green deal»  aims to reduce European carbon emissions to zero by 2050.

Since then, more than 110 countries have signed up to this goal. However, about a quarter  of global emissions are due to transport: 60% for passenger transport versus 40% for freight  transport.

There are  many  modes of transport and their use depends on many parameters, including distance, regulations, etc.

What role do rail and river transport play in this race to decarbonize Europe? What are the challenges facing supply chain players and public authorities alike?

Goods transport is global and routes depend on the location of suppliers and customers.

Transport by sea represents 90% of trade but only 3% of greenhouse  gas emissions.

However,  this is not negligible and research is being conducted to reduce  these emissions  (Cariou and Lindstad, 2021).

They concern  the  impact of reducing the speed of ships or, for example, the use of sail. But on  a continental scale, the means of transport used are different.

Before the pandemie  in 2018, the transport of goods represented  2,000 billion tonne-kilometres in Europe.

France has the longest network of waterways while Germany has the most extensive rail network. Europe has a total of approximately 200,000 km of railroads.

The European Commission has released 26 billion euros to develop a trans-European  multi-modal transport network  by 2030.

Based on the nine Eu­ropean rail corridors, it wants to strengthen the links by avoiding bottlenecks or interoperability problems between countries.

Ultimately, the project  aims to link 94 European ports to the rail and road networks, 38 airports  linked to major ci­ ties by rail, 15,000 km of rail lines developed  for high  speed  and  35 cross-border  projects  to  re­ duce  bottlenecks.

To complete  this  ambition  of a trans-European  network, the shift project pro­ poses seven solutions  at the French level that can be transposed to the European level.

Among these seven solutions are the  electrification of trucks, the  optimized  filling  of vehicles, a mutualization of goods  flows  in  urban  areas and  the  transfer of long-distance  road  transport to  rail and river.

These proposais  should  lead to a 25% reduction in overall demand, a threefold increase in river transport and a twofold  increase in rail transport.

ln the race for carbon neutrality, rail and river transport are proving to be valuable allies. ln particular, they reduce emissions by an average of four times compared  to trucks.

lndeed, they have a very high loading  capacity compared to trucks. One river convoy is equivalent  to four full trains and 220 trucks.

ln addition, trucks above a certain size are counterproductive in terms of emissions Uaegler and  Gondran, 2014).

However,  many  challenges  remain  to  be met  in arder  to use this transport on a larger scale. The first one is load breaking.

Rail and river transport must be combined with another mean of transport because  they  cannat ensure delivery from the point of departure to the point of arrival.

The first and last kilometers  generate additional costs and longer lead times because they involve load breaks. However, rail highways, for example, make it possible to limit  load breaks by positioning the truck directly on the rail. Other challenges exist.

Multimodal warehouses  with rail or river access are not numerous (Huet and Michaux, 2020). lnteroperability between countries is complex.

For example, there are more than 20 different signa ling systems; in some countries, speaking the language is a requirement; rail gauges are not standardized. For inland  waterways, water  levels during floods can also lead to a total  closure of transport flows, compared with the delays associated with road congestion.

The race to zero carbon  launched  by Europe and applied to the transport sector therefore requires consultation  between the various public and private players. Europe will not be able to respond with a single solution. The use of different modes of transport, the increase in the use of rail and river transport, and the cessation or reduction of fossil fuels will ali be necessary to meet this challenge. 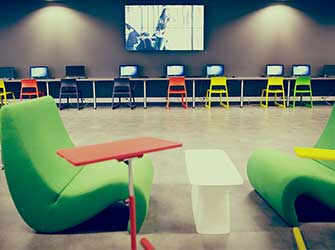 Connecting with the LGBTQ+ community: away from the typical rainbow logo and stereotypical ads

Centre of Excellence for Sustainability