Article 222-33 of the French Penal Code defines Sexual Harassment as “imposing on someone, in a repeated way, words or actions that have a sexual connotation and that either undermine his/her dignity by reason of their degrading or humiliating nature, or create an intimidating, hostile or offensive situation”.

Sexual harassment is unwelcome sexual advances, requests for sexual favours, and other verbal or physical conduct of a sexual nature. It is illegal and punishable by law by two years of imprisonment and a of €30,000.

These penalties are increased to three years’ imprisonment and a €45,000 fine when the acts are committed:

Sexual assault or attempted sexual assault is punishable by the same penalties regardless of the nature of the relationship existing between the aggressor and the victim, including if the assault occurs within a marriage.

Article 222-22-2 of the French Penal Code explains that 'obliging a person to submit to a sexual assault by a third party, through the use of violence, threats or surprise, will also be considered as an act of sexual aggression'.

Article 222-27 of the French Penal Code states that “sexual aggression other than rape is punishable by five years’ imprisonment and a €75,000 fine".

Aggravating circumstances - article 222-28 – may result in the sentence being increased to "seven years’ imprisonment and a €100,000 fine".

Article 222-23 of the French Penal Code defines rape as "an act of sexual penetration of any kind, committed against another person with violence, coercion, threats or surprise (in the latter case, the victim is deceived by the deception of the aggressor).

Criminal Code, arts. 222-23 to 222-26: The perpetrator of rape risks in principle 15 years' imprisonment, but numerous aggravating circumstances are provided for.

Aggravating circumstances - article 222-24 - may result in the sentences being increased to 20 years’ imprisonment.

In a rape situation, keep the clothes worn at the same and seek medical help. Clothing and skin can hold vital evidence that can help during a police investigation.

Article R624-4 of the French Penal Code explains that 'non-public insults directed at a person or a group of people due to their origin, ethnic group, nation, race or religion is punishable by the fines provided for class 4 offences'.

Article 225-2 of the French Penal Code explains that defamation or incitement to discrimination, hatred or violence on the grounds of a person's sex or sexual orientation is punishable by three years’ imprisonment and a €45,000 fine where it consists of:

Where the discriminatory refusal referred to under 1 ° is committed in a public place or in order to bar access to this place, the penalties are increased to five years' imprisonment and to a fine of 75,000 euros.

Reporting and the Criminal Justice System

If you would like to report a crime to law enforcement with the aim of having the aggressor punished, obtain compensation or report a person who may potentially harm other future victims, you may submit a complaint through the criminal justice system.

It is very important to gather any proof/information/witnesses which may be examined by the justice system as part of the investigation: keep any written material, text messages, e-mails or witness statements.

You have 6 years to report a crime and submit a complaint for sexual harassment or sexual assault and 20 years for a rape.

The procedures and formalities can be cumbersome and complex from a psychological point of view. We advise you to take someone with you by contacting specialised organisations and associations (contact details below).

You can submit a complaint directly at the police station where a police officer will take your statement.

You may also be referred to the Forensic Medical Emergency service for a medical examination.

The interview with the police officer is an important stage in the processing of your case. You may be advised by a lawyer or by specialised organisations to help you prepare for this interview.

A statement will be drafted and given to you to sign. It’s important that you check all of the information on the statement and feel free to modify it to ensure that it is as accurate as possible.

You’ll find all the information you need to defend yourself on the website of the CLASCHES, a group which works against sexual harassment in the higher education. 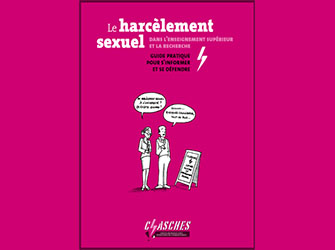 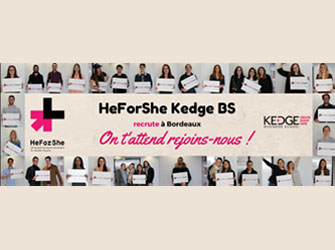 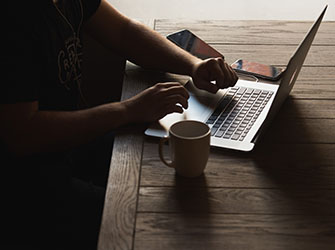