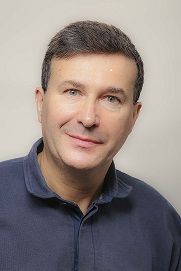 Visit profile Contact by email
Video games are set to become the largest global cultural industry in the 21st century. But will e-sports make the leap to becoming a household name in the realm of sport and culture? Without a physical element, can it really be considered a sport? Thierry Lorey, Marketing Professor at KEDGE, answers these questions.

E-sports have taken off in the past few years, finding an audience of 400 million spectators, or e-spectators, worldwide, and earning revenue of 1 billion dollars in 2018, a figure that is forecasted to reach 2 billion in 2022. Another telling figure: games like Fortnite or Battle Royale can attract up to 350 million players from around the world.

What is driving the success of E-sports ?

Their success is driven by four growth factors: the global factor, the multi-sport factor, the consumer factor and the fact that e-sports have been embraced by traditional sports like football, basketball and tennis.

These four factors are driving the widespread adoption of e-sports in the early 21st century, with classic video game companies further accelerating this dynamic.

E-sports must overcome challenges to become a household name

The first challenge involves establishing a single worldwide governing body. There are currently at least two associations: one that is composed of federations, and one that is made up of competition clubs and organisers. Once established, a single worldwide governing body could create rules for the sport and advocate for inclusion in the Olympics.

The second challenge for the nascent e-sport federation would be to promote the entertaining and educational aspects of e-sports, to combat the violent reputations of certain e-sports games.

Growth outlook for E-sports in the next ten year

The sport could become truly universal by being included in the Olympics and that seems like a real possibility, given that e-sports were a demonstration event in the Asian Games in Indonesia in 2018. It also has the possibility of becoming a “legitimate” sport in terms of physical intensity as virtual reality continues to develop.

In the end, e-sports could well become the biggest household name in sport and culture in the mid-21st century.

Thierry Lorey is at your disposal should you have any requests for interviews or coverage on this topical subject.